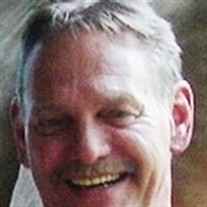 Came in to this world in San Antonio, Texas, on March 9, 1949, and left us in Roseburg, Oregon, on Wednesday, December 31, 2014. He was the son of David Shelby and Elizabeth Ann Hanson. His mother Elizabeth passed away when he was a young boy. David was a kind and thoughtful person with a sharp wit and a great sense of humor. He always had a positive attitude, no matter what was happening in his life. He liked people and was always at ease with them and had no problem striking up a conversation with complete strangers. He loved to be around his family, to travel, and to play golf and softball. David got his love of golf from his father. David started his golf career at eight years old by sneaking off to practice with his dad's golf clubs. He also loved to act as caddy when his dad played golf. He played softball for many years and enjoyed playing in softball tournaments. David's father was in the Air Force and the family moved to Japan, when he was young. Along with other children from the Air Force Base, David carried a flag during the ceremonies at the 1964 Tokyo Olympics. When he was 20 years old one of his best friends, Ed Wood, was drafted. David decided to enlist and go into the Army with Ed. He was stationed in Korea, and after four years of service he received an honorable discharge. David loved his country and was a true patriot. After the military he spent the majority of life working in the construction industry. He lived outside Seattle, and traveled throughout the continental United States, when he worked for White Rhino Retail Services. He worked on new and remodel construction for Home Depot, Walgreens and Rite-Aid stores. David was never married but had a daughter Shelby. He was very proud of her and loved her very much. Shelby gave David three grandsons, whom he enjoyed spending time with. David loved to have Shelby come and watch him play at his softball tournaments when she was growing up. David moved to Roseburg, in the early 2000's. He lived on a ranch with his cousin Dale Hanson and his family for a couple years. He spent many Sundays teaching Dale's son Quentin how to drive a stick shift. David met Rita Montoya in Sutherlin, Oregon. After he met Rita, they spent the rest of his life together. David was plagued with a combination of health problems over the last two years of his life. Rita stayed by his side and always looked after him. Dale and Rita were with him to the end. David is survived by Rita Montoya, who was the love of his life; his daughter Shelby Hanson, her three sons, Caleb, Lucas and Ethan; his cousin Dale Hanson and his wife Gail, their two boys Quentin and Miles; and his step-mother Mildred Hanson. A Visitation will be held at Sutherlin Chapel of the Roses on Friday, January 16, 2015, from 12:00 to 2 p.m. Services will follow at 2:30 p.m.

Came in to this world in San Antonio, Texas, on March 9, 1949, and left us in Roseburg, Oregon, on Wednesday, December 31, 2014. He was the son of David Shelby and Elizabeth Ann Hanson. His mother Elizabeth passed away when he was a young boy.... View Obituary & Service Information

The family of David Gordon Hanson created this Life Tributes page to make it easy to share your memories.

Send flowers to the Hanson family.