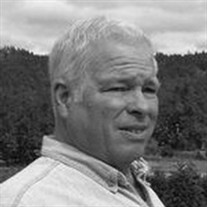 Died Wednesday, October 13, 2010, at his home. Dennis was born in Glendale, California, in 1943. He lived and went to school in Eagle Rock. His passions were electronics, ham radio and his family. He worked in the research departments of Hoffman Electronics, Magna Corp. and Caltech; and he retired in 2000 from the Los Angeles School District after working there for 25 years in the electronic security department. Dennis got his amateur radio license when he was 13 years old, and was a life time member of ARRL, and a member of AMSAT-USA and AMSAT-UK. He was a member of UVARC, the local radio club in Roseburg. He was an avid antique radio collector and enjoyed the camaraderie of kindred spirits he found at Northwest Vintage Radio Society in Portland. Dennis was a man of the past generations when men were honorable, dependable and steadfast. He believed that every man should live by the Golden Rule and set the example. He moved to Oregon after retirement to get back to the basics that had made this country the great country it used to be. He wanted his family to learn how to be self sustaining and took great pleasure in establishing a large garden and becoming a gentleman farmer. He was proud of being a "city" kid that could work like any of his country neighbors and friends and dress like them, too. His fellow volunteers at the Kellogg Rural Fire Department respected his overall knowledge and appreciated his dry wit and sarcastic humor. Dennis was an only child. His father was Lt. Commander Harry W. Killeby of the Los Angeles Police Department, and his mother was Patricia Beck, a dress designer. He married Sylvia almost 43 years ago, and they have two children, Cynthia Pakros and Daniel Killeby, and two grandchildren, Gracie and Sean, all of Umpqua, Oregon. Papa was our "Rock", sometimes an immovable force, but always there for those he loved. He will always be in our hearts. 73's and 86's Dennis. A memorial service will be held this coming Saturday, October 23, 2010, at the Tyee Fire Station from 1 p.m. - 4 p.m., and any memories or comments you would like to share would be welcomed by his friends and family that are here.

Died Wednesday, October 13, 2010, at his home. Dennis was born in Glendale, California, in 1943. He lived and went to school in Eagle Rock. His passions were electronics, ham radio and his family. He worked in the research departments of Hoffman... View Obituary & Service Information

The family of Dennis Wade Killeby created this Life Tributes page to make it easy to share your memories.

Send flowers to the Killeby family.